Collaborative Video Analytics at the Edge

Ongoing Projects are removed due to the anonymity requirements.

Networking protocols are designed through long-time and hard-work human efforts. Machine Learning (ML)-based solutions have been developed for communication protocol design to avoid manual efforts to tune individual protocol parameters. While other proposed ML-based methods mainly focus on tuning individual protocol parameters (e.g., adjusting contention window), our main contribution is to propose a novel Deep Reinforcement Learning (DRL)-based framework to systematically design and evaluate networking protocols. We decouple a protocol into a set of parametric modules, each representing a main protocol functionality that is used as DRL input to better understand the generated protocols design optimization and analyze them in a systematic fashion. As a case study, we introduce and evaluate DeepMAC a framework in which a MAC protocol is decoupled into a set of blocks across popular flavors of 802.11 WLANs (e.g., 802.11 a/b/g/n/ac). We are interested to see what blocks are selected by DeepMAC across different networking scenarios and whether DeepMAC is able to adapt to network dynamics. 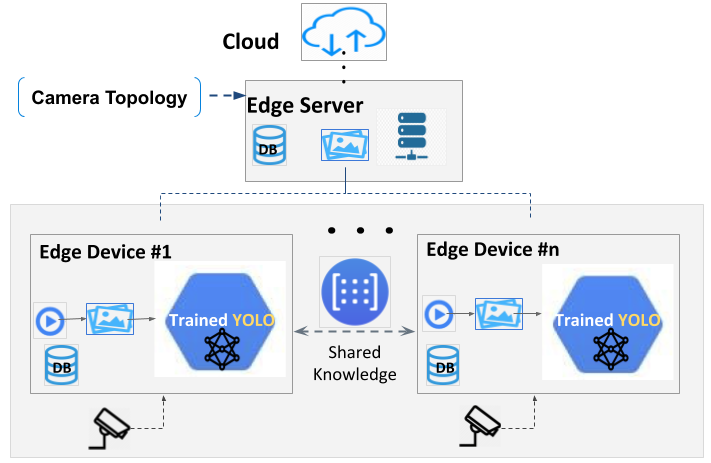 Today, video cameras are deployed in dense for monitoring physical places e.g., city, industrial, or agricultural sites. In the current systems, each camera node sends its feed to a cloud server individually. However, this approach suffers from several hurdles including higher computation cost, large bandwidth requirement for analyzing the enormous data, and privacy concerns. In dense deployment, video nodes typically demonstrate a significant spatio-temporalcorrelation. To overcome these obstacles in current approaches, this project introduces CONVINCE, a new approach to look at the network cameras as a collective entity that enables collaborative video analytics pipeline among cameras. CONVINCE aims at 1) reducing the computation cost and bandwidth requirements by leveraging spatio-temporal correlations among cameras in eliminating redundant frames intelligently, and ii) improving vision algorithms’ accuracy by enabling collaborative knowledge sharing among relevant cameras. Our results demonstrate that CONVINCE achieves an object identification accuracy of ∼91%, by transmitting only about ∼25% of all the recorded frames. 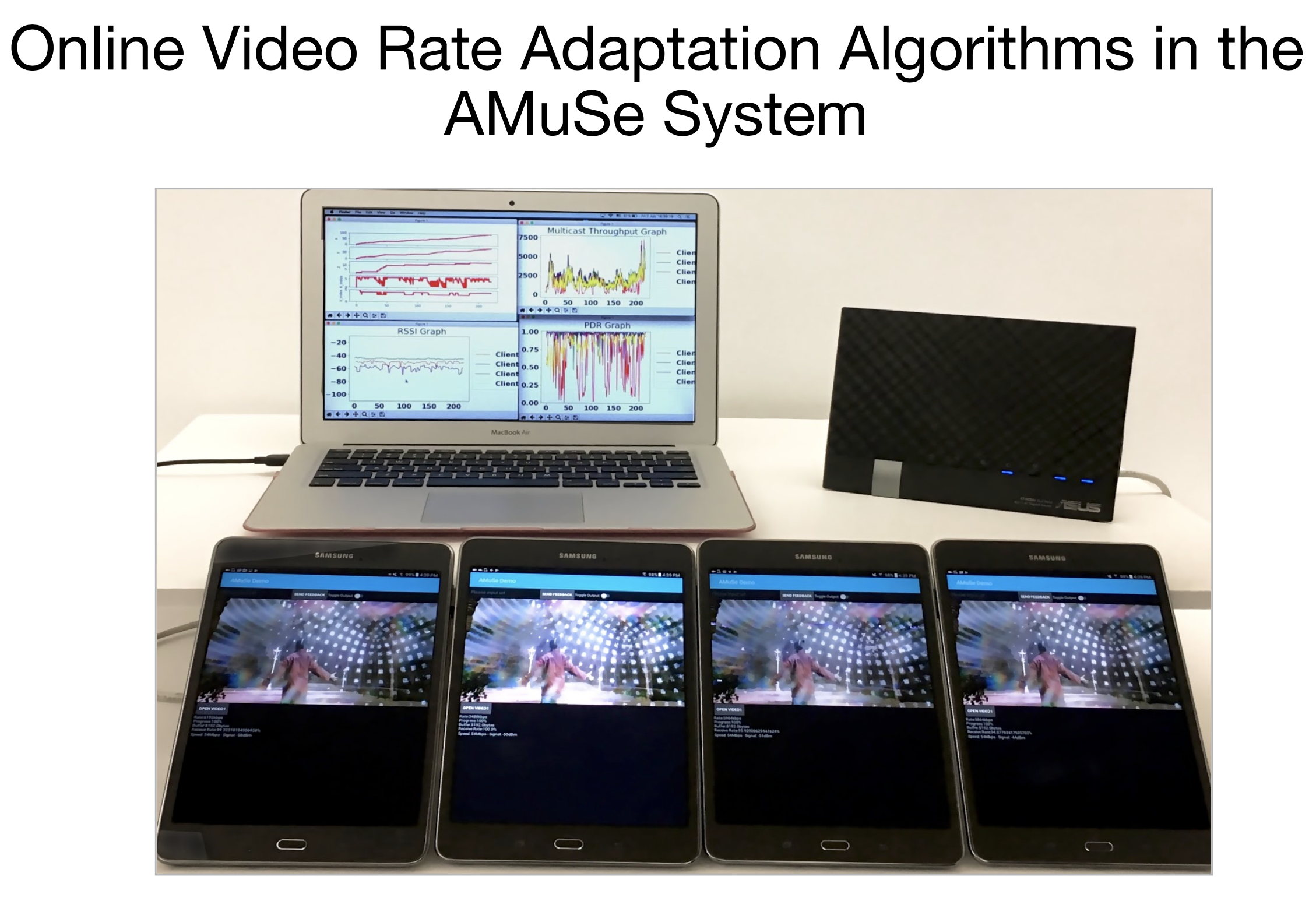 Video delivery over wireless networks is challenging due to the lack of spectrum and reliability issues. This challenge is exacerbated in dense venues. To address this issue, Wi-Fi multicast with the ability to simultaneously multicast the same video contents to a group of users, has gained attention. For successful video delivery, the content providers are interested in evaluating the performance of such traffic from the final users' perspective, that is, their Quality of Experience (QoE). The QoE ties together user perception, experience, and expectations to application and network performance. However, ensuring high QoE for multicast video streaming is challenging. Although, there have been considerable efforts in the literature to design Adaptive Bitrate (ABR) streaming algorithms to ensure the video QoE, applying these approaches to wireless multicast is not straightforward due to lack of feedback and unreliable transmissions. To overcome these issues, transmission and video rate can be jointly controlled to ensure the video QoE using Wi-Fi multicast. In this project, we have collaborated with the Adaptive Multicast Services (AMuSe) project at wim.net Lab at Columbia University which is an end to end system for high quality video delivery to a large number of users in dense environments which leverages Wi-Fi multicast.